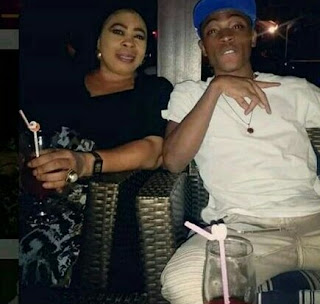 If you remember I once shared the information that DAVIDO of HKN gang signed a new artist named Mayorkun. Mayorkun is the son of popular nollywood actress Toyin ADEWALE.

DAVIDO often speaks of the talent of his new signing Mayorkun, who has just released his first song under HKN gang. His new single is titled "eleko" and has released the video too.

The mother is a nollywood great and now the son is in the music industry, hmmmm, entertainment industry is really booming for them..congrats!