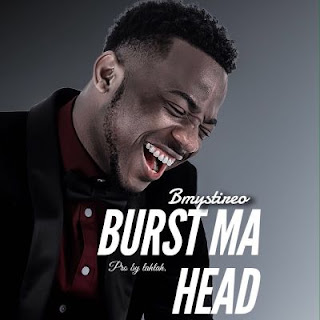 B-Mystireo is one talented  melodious musician with powerful vocal ability that you would want to listen to over and over again.

He Dropped his last smash hit single and a Hot explosive  Visual along it titled KOJO which took both Nigeria Uk and the world by storm.
Following up with the success he went ahead to perform on concerts alongside Davido in London.

Now he comes back with another banging tune titled Burst Ma Head produced by award winning Producer Lahlah, he sure did kill the beat.