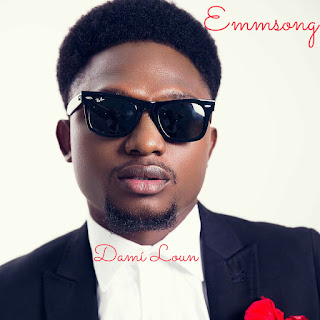 Pan-African music artiste, Emmsong, returns with 'Dami Loun'. The Ex-O produced song is a beautiful afro-trap song laced with smooth vocals from the singer, that is certain to serenade listeners.

Emmsong isn't new to Nigeria's music industry. Emmsong started singing professionally with the likes of Muno (of Paul 'P-Square' Okoye's Rude Boy Recordz) and Ayola (Season 5 Winner of MTN Project Fame) back in college at Covenant University. Emmsong has collaborated with the likes of Vector, Skales, Simi, Sam Klef, Ex-O and was on the same track with WizKid, Waje, Iyanya & Timi Dakolo on the "Cool2Vote" campaign song in July of 2010.

Emmsong was the singer on the hook of Vector's "Kilode" song which went viral in Africa and helped propel Vector into the limelight back in 2010. Emmsong has been off the radar for quite a while, building on his music brand as a Pan-African music artiste by re-branding his style and sounds. His music promises a blend of African culture and a great sense of global appeal that makes for unstoppable successes as he prepares to showcase his incredibly endless streams of talents and inspirations to the world.

Emmsong is an active member of Music Unites Africa; a global MOVEMENT of Young Pan-African Leaders with similarly unique visions of Uniting Africans Worldwide through Music. Emmsong is set to feature in Music Unites Africa's AFRICAN HERITAGE MUSIC CONCERT - AHMC - when the music festival event-series kicks off in 2017.