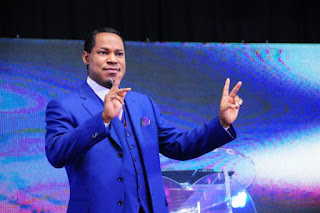 Pastor Chris Oyakhilome, Founder of Christ Embassy slammed media houses for saying ill things about him. He refuted them.

“I understand that some media houses particularly in Nigeria, and may be in South Africa have been writing some real stupid things with frivolous charges. That’s crazy. I wasn’t accused of those things you said, nor did I commit those stupid things that you said…”


” When it comes to Rev Anita, pray for her. If you are married to a man of God, it doesn’t make you automatically mature, you can make mistakes..”

“Christians should not have a divorce, it shouldn’t be. But that doesn’t mean a Christian should not take this step, they may, but that doesn’t make it right, and we shouldn’t take one another to court. But when it happens, we are not the one going there, someone is taking us there. That’s the problem…”