Home » gist » SENATOR EXPLAINS REASONS FOR THE DELAY IN THE NPF RECRUITMENT OF 10,000 POLICE OFFICERS

SENATOR EXPLAINS REASONS FOR THE DELAY IN THE NPF RECRUITMENT OF 10,000 POLICE OFFICERS 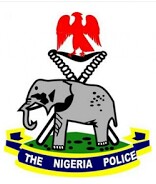 Chairman, Senate Committee on Police
Affairs, Senator Abu Ibrahim, Thursday said that the proposed recruitment of 10,000 police personnel by the Federal Government was suspended due
to sharp disagreement over the criteria for therecruitment.


Senator Ibrahim told reporters in Abuja while
some stakeholders wanted local government
areas to be the basis for the recruitment
exercise; others insisted that equality of states
should serve as the basis for the exercise.
The Katsina South lawmaker said that there were
also some legal impediments to the exercise.
He noted that some people felt that the police
should recruit from Inspectorate cadre
downwards while the Police Service Commission
should issue letters of appointment to the
recruits.

He said that the issues had not been fully
resolved hence the temporary suspension of the
recruitment exercise.
Ibrahim who said that President Muhammadu
Buhari, has already intervened in the
disagreement assured that within a week the
issue would be resolved.

He noted that there was no truth in the
speculation that the National Assembly wanted
to take over the recruitment.
He said, “Honestly, it (recruitment exercise) has
to be suspended for two obvious reasons. First,
everybody knows that it was agreed that this
recruitment must be done per local government.
“The reason for that is that we are poised to give
emphasis to community policing. The local
governments are the smallest recognised units
by the constitution. So nine (recruits) per local
government, they will form the nucleus for this
community policing per local government.
“The obstacle was equal per state. Some people
felt that it is not representative of federal
character.

“I asked them what about what is happening in
the National Assembly, in which the number of
person per state in the House of Representatives
is by the size of the local governments of that
state, why the Senate is by equality of state.
“But even that is not the main argument. The
main argument is that the police is divided into
divisional units under a Divisional Police Officer
(DPO).. Most of these DPO are current with the
local government areas.

“Therefore, if the police want the recruitment to
be based on local governments, they are right
because the smallest units are the Divisional
Police Units (DPU).

Now, the commission somehow decided
differently, and police also decided differently.
So that is the first issue. The second issue is
the issue of

“There is even this legal aspect that the police
should recruit from Inspectors downwards, and
the commission approves and gives letters of
appointment.
“This is another area of conflict.
“But the president has intervened and probably,
within the next one week, final decision will be
taken on what should be done.

“But the main issues are these disagreements.
Police say it is per local government, while
the commission says it should be per state.
“And we are saying the recruitment should be per
local government for the recruits and the rank
and files, while the officers should be equality
per state.
“This is because the officers’ cadres go
anywhere, but these rank and files, we want them
to remain in their communities to form the
nucleus of community policing.

“So these are very serious disagreement that we
have seen and the president has now waded in.
“They are going to find us a position that we are
going to take on this recruitment.
“I hear some rumours that the National Assembly
wants to take over the recruitment. How can we
do that?
“Those who don’t want this thing to go on are
saying it is against federal character, which kind
of federal character when we are talking of
community policing.

“After all, the DPUs are they based on federal
character. It is by size and population. And there
is even a requirement of thirty thousand persons
per police officer.
“That is not true, how can we take over when we
are not part of the executive. And does he take
instruction from me.

“I told him my reservations and advised him that
he should suspend it until these things are sorted
out.
“The National Assembly cannot do the
recruitment but we have interest on how it is
done. That is part of our oversight function. It is
not correct, it is just rumour.

“Is it the samething. And this community
policing is something that will save Nigerian
police because we believe that if we have
community policing, people will be more
committed.

“There will be less corruption, synergy between
the people in the area will be much better and
they will be much better to fight crime.
“So, it did not just come out of the blues that it
should be based on local governments’ basis.”
06:20:00
street ajebo
gist