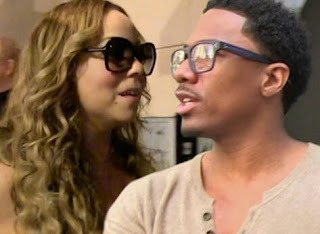 This is an exclusive revelation, TMZ has learned Mariah and Nick Cannon struck a settlement in their divorce, and they both declared income for 2014. We've learned Mariah says she raked in $6.3 million, and Nick scored $2.7 mil.


As we reported, Mariah has demanded $50 mil from billionaire James Packer after their engagement exploded ... that's 8 times what she made 2 years ago.

We've also learned the settlement requires Nick to squirrel away money for the twins, but maybe not as much as you think ... $5k a month in a trust. Mariah doesn't have to put anything in the trust.


And there's this. The settlement says neither Mariah nor Nick can allow the kids to address a new significant other as mom, dad, mommy, daddy, father, mother or any facsimile thereof.

Mariah and Nick share custody, but the kids are primarily with her. If Nick comes to visit, per the agreement, she foots the bill for travel and lodging.