Home » gist » BETWEEN THE WHITE LAMBORGHINI & THE OR TAMBO HEIST

BETWEEN THE WHITE LAMBORGHINI & THE OR TAMBO HEIST 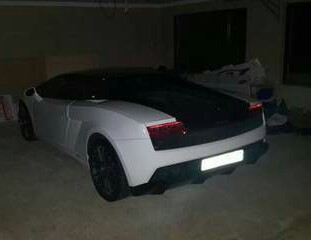 The owner of a white Lamborghini is among five people who appeared in court on Monday in connection with the heist at OR Tambo International Airport.


But it’s emerged that the vehicle, pictured in viral social media posts about the arrests, was not bought with the proceeds of the robbery.


Police arrested the suspects at several locations in Gauteng on Saturday, bringing the total number of people being held in connection with the robbery to seven.

A group of gunmen held up security at the airport two weeks ago, before making off with a substantial amount of foreign currency.

Attorney Victor Nkhwashu has confirmed his client Tando Sonqishe has appeared in court alongside four other men.

Sonqishe describes himself as a businessman and made headlines in 2015 when he sued a car dealership for refusing to return a R1.1-million deposit he paid for a Porsche 911.

Contrary to reports that Sonqishe bought his white Lamborghini with the spoils of the airport robbery, it has been confirmed that he has, in fact, owned the vehicle for about three years now.

It’s also emerged that the person pictured with the sports car is not Sonqishe, but a police investigator who was photographed on the scene of the arrest on Saturday.

The officer, whose name is known to Eyewitness News, has taken to Facebook to correct reports suggesting that he is the suspect.


Three of Sonqishe's co-accused France Manaka, Job Mnisi And Tshepo Thokune are believed to be security guards based at the airport.

The fifth suspect arrested at the weekend is a man named Prince Dube.

The matter has been postponed until next Tuesday, when the suspects are expected to apply for bail.