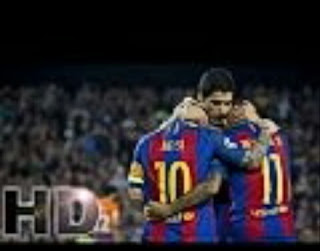 Barcelona overturned the 4-0 first leg defeat they suffered in the hands of PSG with a hard fought victory over psg, full time score 6-1.


PSG then scored an own goal on the 40th minute when Layvin Kurzawa put the ball in his own net.

Lionel messi then made it 3-0 by scoring a penalty kick on the 50th minute.

Edison cavani then increased the mountain for barcelona to climb when he scored for PSG on the 62nd minute.

Neymar then gave FC Barcelona a reason to believe they can achieve their aim when he scored on the 88th minute.

Again Neymar was on the score sheet again immediately with a 90th minute penalty kick, tensions building up now as the goal aggregate is 10-10 now but PSG have an away goal advantage.

Sergio Roberto is the hero of the night with a match winning goal on stoppage time, PSG is out! Barcelona qualifies for the quarter finals of the champions league!