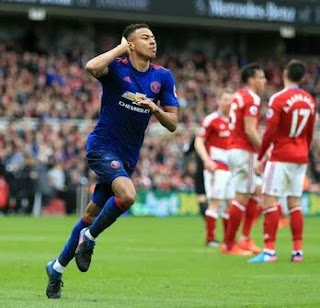 
Goals from Maroune Fellaini, Valencia and jesse Lingard ensured Manchester United moved up to Fifth in the EPL table.


Manchester United are now unbeaten in 18 top-flight matches won this game despite their managers contrary predictions.

Fellaini's 30th-minute header gave the visitors a stranglehold that they never looked likely to relinquish and Lingard's emphatic strike in the second half left the home side on course for a 14th defeat in 28 league games this season.

Rudy Gestede got a goal back in the closing stages – Boro's first in 509 minutes of league action – but Valencia pounced on a horror moment for ex-United goalkeeper Victor Valdes to ensure United move to within three points of the Champions League places, having played a game fewer than fourth-placed Liverpool, who face Manchester City later on Sunday.