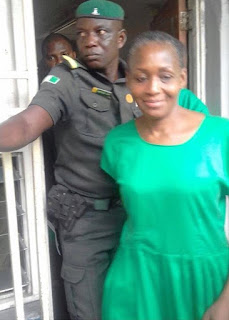 At last, our big aunty blogger Kemi olunloyo has been released from prison after spending plenty days and nights in jail.


Kemi Olunloyo is a very popular and vocal blogger in Nigeria. Kemi Olunloyo is the owner of HNN Africa blog (www.hnnafruca.com) and is notorious for her volatile comments on celebrities. 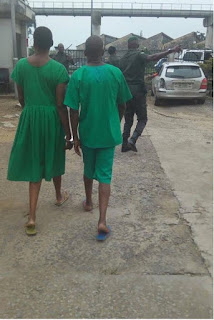 The court also struck out one of the charges on cyber crime against Kemi Omolulu Olunloyo for lack of jurisdiction to try the matter.

Kemi Olunloyo and Samuel Walson were spotted wearing a green prison uniform and were both in handcuffs as they stepped out together.

The matter has been adjourned to May 4 for hearing.

Will this prison time stop our big aunty Kemi Olunloyo from been vocal and volatile?