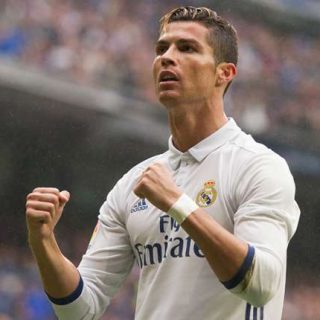 Real Madrid made sure their title hopes remained intact as they walloped Sevilla 4-1, thanks to a beautiful Nacho Fernandez free kick on Sunday evening.

Cristiano Ronaldo brought up another landmark to help Real Madrid take a huge step towards a first LaLiga title since 2012 with a 4-1 win over Sevilla at the Santiago Bernabeu.With top-flight and European glory still a possibility for Zinedine Zidane’s side, victory over a team who beat them in January’s reverse fixture boosted their double hopes as Ronaldo surpassed 400 goals for Real Madrid.


The opener, which arrived after 10 minutes, had more than a hint of controversy about it as Nacho – in as one of five changes from the Champions League semi-final second-leg loss to Atletico Madrid – stroked home a quick free-kick as Sevilla were busying themselves arranging a defensive wall.

Jorge Sampaoli and his team were furious with referee Alberto Undiano, who waved away their protests as Nacho celebrated just his third LaLiga goal.

After Stevan Jovetic had struck the post, the hosts moved further ahead when Ronaldo tapped in from James Rodriguez’s saved effort.

Jovetic also hit the crossbar and was thwarted by Keylor Navas before the break, but finally got his reward by pulling a goal back four minutes into the second half.

However, Zidane’s men – aided by the introduction of Casemiro, who provided a steadying influence – wrapped it up late on through Ronaldo’s stunning strike, with Toni Kroos’ goal putting the seal on three crucial points with title rivals Barcelona beating Las Palmas by the same score.