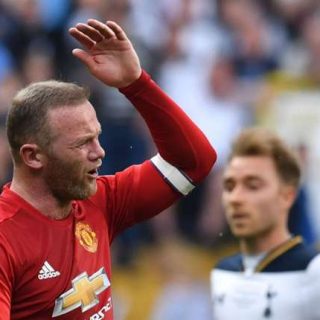 Despite losing out on the #EPL title to Chelsea, Tottenham Hotspur are still on fire as they comfortably beat Manchester united 2-1 to close their stadium, white hart lane.

Liverpool’s thrashing of West Ham United meant that Jose Mourinho’s men had to win to keep their slim hopes of finishing inside the top four alive.

But Spurs had other ideas, as goals from Victor Wanyama and Harry Kane consigned the visitors to defeat.


Those three dropped points mean United now have no chance of qualifying for the Champions League by virtue of their domestic performances.

Fourth-placed Liverpool sit seven points ahead of their rivals, who lie sixth, with just two games left for each in this season’s Premier League.

Indeed, with Arsenal four points clear in fifth and Everton unable to catch Mourinho’s charges, sixth place looks almost inevitable for a team that has occupied the spot for almost the entire campaign.

Fans need not fret just yet, however, as there is still one last chance for United to grab Champions League football next season.