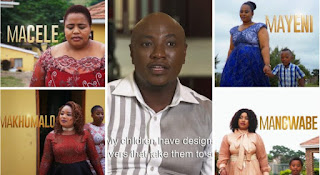 Musa Mseleku has been trending on social media lately, want to know why? Musa Mseleku is a South African Man in his early forties but has 4 wives & 10 children.


Musa Mseleku is a 43-year-old man from KwaZulu-Natal, who has four wives and 10 children.

His first wife is MaCele, a woman Mseleku said was not a woman of many words but would strike back if provoked. She is, however, open about her feelings.

“She will tell you when she likes or dislikes something,” said her husband.

The second wife is MaYeni, who is calm, but will push back when necessary. Mseleku has described her as a good listener who will ask for clarification when she does not understand what you’re saying.

The third wife is [Thobile] MaKhumalo who Mseleku described as an open book. She used to hide her feelings before but is now more open.

His fourth wife, MaNgwabe, is quiet and can hold a grudge for a long time, said her husband. 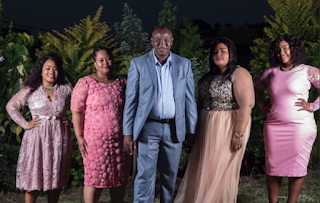 “She always reminds me of past incidences when I forgot to do something,” said Mseleku.

He first met his second wife, MaYeni. At the time, he did not think he would enter into polygamy. When he finally made up his mind about having more than one wife, her family did not approve of it.

As he was still waiting for his then girlfriend to approve of their relationship, he met MaCele, the first wife, whose family did not have a problem with polygamy, so he married her first.

The last two wives were introduced to each other when they were still his girlfriends, and have been close friends since.

His wives have described him as a loving, humble and respectful man who provides for his family.

Though some may say Mseleku has more than enough children, he said he chose polygamy because he would like to have 20 children.


Mseleku admitted that polygamy was not easy, but said money made things easier, as he could afford to take care of his family.

All his wives live in separate nice houses and have two cars each. There is a family mechanic, and a driver to take his children to school.

Though he did not tell us the exact number, Mseleku said he had more than 15 cars, with all of them having personalised plates saying “thanxma”.

He did it as a way of thanking his mother who passed on after a long illness. Before she died, he said his mother told him he would never be poor in life, and she was right.

We were not told what he does for living, but the man is rolling in cash.

His lifestyle has led to a lot of mixed reactions on Twitter, with some saying polygamy is better than cheating, while some said they could never be in a polygamous marriage.
08:04:00
street ajebo
gist