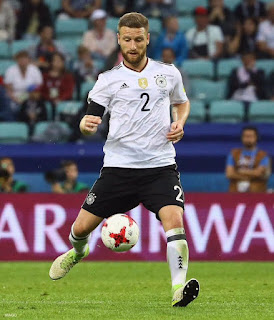 Germany survived scare as they managed to overcome Australia 3-2 in their first match of the 2017 Confederations cup in Russia.

Stindl opened the scoring early on with a tidy finish after some good work from Julian Brandt, but the Asian Cup holders somewhat surprisingly restored parity shortly before the break when some poor goalkeeping from Bernd Leno allowed Tom Rogic to net.


The world champions, however, were back in front just three minutes later as Draxler converted a penalty, with Goretzka adding a third early in the second half.

Tomi Juric ensured an exciting finish to the game when he pulled one back in the 56th minute – the goal awarded following the latest Video Assistant Referee (VAR) referral – but Australia lacked the individual quality to genuinely worry an experimental Germany.

Germany made a strong start to the game and needed just five minutes to edge ahead via Stindl, the Borussia Monchengladbach man finding the net with a calm finish from inside the area after a great run down the right from Brandt.

Low’s side continued to dominate play after their early opener and Sandro Wagner nearly doubled their lead in the 16th minute, sending a diving header inches wide at the far post following Goretzka’s pinpoint cross, before the Hoffenheim man fired just wide again minutes later after beating the offside trap.

The Germans were fortunate not to concede when the unmarked Trent Sainsbury headed wide from close range after a free-kick, but they had no such luck in the 41st minute when Rogic levelled after all with a half-volley from the edge of the box, Leno failing to keep out the Celtic man’s attempt.

Australia’s joy did not last long, though, as Draxler restored Germany’s lead, coolly dispatching a penalty after Massimo Luongo had clumsily hacked down Goretzka inside the area.


Germany immediately went in search of a third goal after the break and got what they were after in the 48th minute when Goretzka beat Mathew Ryan with a powerful volley after a brilliant pass form Joshua Kimmich.

But Ange Postecoglou’s men refused to throw in the towel and Juric pulled one back after more unconvincing goalkeeping from Leno, the attacker tapping home a rebound after the Bayer Leverkusen shot stopper failed to hold on to what seemed like an easy ball, with the goal allowed to stand after a VAR referral did not confirm a potential handball in the build-up.

Substitute Timo Werner was unfortunate not to make it 4-2 when he struck the upright with a low shot after shrugging off Sainsbury, yet it mattered little in the end as Germany held on to the win without any major late scares.