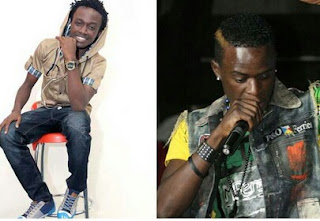 As usual, it also had its fair share of controversies ever since it was established 13 years ago.

We look at the artists who have been at the center of the Groove Award controversies.

Since scooping the Male Artist of the Year award back in 2013 for his hit song “Sitolia”, the controversial Willy Pozee has been snubbed by the Groove Awards  every year since then despite releasing hit after hit.


Early in May at the unveiling of Groove Awards 2017 nominees, he walked out of the ceremony after discovering his name was missing in the list of nominees.

For the second time just like he did in 2016 when he was left out again, Willy Pozee stormed out of the auditorium half an hour before the meeting ended looking dejected.

After the incident, Groove Awards representative Pastor Patrick Kuchio said they were keen on gospel musicians’ character and Willy Paul was left put due to his controversial lifestyle which doesn’t reflect Christianity and his collaboration with secular musicians in this regard Jamaican musician Alaine for the song ”I Do” and Sauti Sol for the song ”Take It Slow”.

“This year, we have made bold steps. We have left people intentionally whose character does not represent Christian values,” Kuchio said.

Willy Pozee reacted to the statement in a Facebook post saying: “Don’t expect them to appreciate your hard work, human beings should not be trusted.

If you trust them you will only get hurt badly. Get used to being alone. Let your only option be Christ the King, don’t let the earth and the things in it define you. You’re better than them all.”

Bahati, Willy Paul’s nemesis, suffered the same fate. For the better part of last year, Bahati, who was crowned Male artiste of the year in 2014 and 2015, has been courting controversies.


His ‘prayer partner’ dramas, on and off beef with Willy Paul as well as collaboration with secular musician led to his name being left out for the second time as well.

In his response, Bahati said he did not expect to be among the nominees as his sights were not set on Groove Awards anymore and that he is now on another level targeting MTV and Channel O Awards.

So for me kusema tu ukweli sikuwa na expect...” he said in a lengthy Radio interview.

(Ever since I left the ABC children’s home, I set my sights on winning the Groove Awards but also move on to other international awards like MTV and Channel O Awards. I did not expect to make the nominations list anyway.)

Even though he has never been nominated for a Groove Award, Ringtone continues to make headlines for the wrong reasons.


The controversies range from baby mama issues, car theft allegations, to being accused of being a show-off show off among others.

According to Ringtone, the Groove Awards organisers simply don’t like him because he has had many chart-topping songs but never been nominated.

"When ‘Pamela’ was a hit, Daddy Owen won five awards, I think ‘Pamela’ should have won,” he reportedly said.
07:10:00
street ajebo
gist