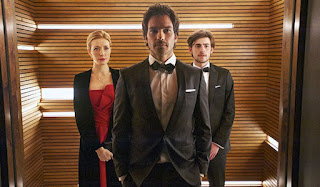 An MIT grad student and a tech superstar bring a low-level Pentagon official a staggering discovery that an asteroid is just six months away from colliding with Earth. Download salvation season 1 episode 1 for free below.

Pilot was the beginning of what could have been a great doomsday TV show about the end of the world, trying to averted that cataclysm, and how humanity dealt with an impending extinction level event (E.L.E.).


What Salvation was, through its pilot episode script, was something that masqueraded as the former but was actually a shabby, un-thoughtout  scifi / conspiracy drama filled with plot holes.

Pilot was packed with great ideas e.g. The Ark. When those ideas were put into the blender that purported to be the real world, certain aspects of its narrative fell apart.