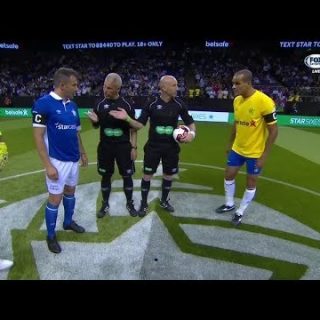 Hosts England lost to Spain on the first day of the 2017 Star Sixes tournament, while Germany beat France 4-3 in a thriller and Brazil beat Italy 2-1.

All 12 teams played their first of three group-stage fixtures on Thursday at London's O2 Arena, with the semi-finals and final set to take place on Sunday.


The night started on a sour note for the hosts, who lost the opening match against Spain 4-1. Perhaps not surprisingly, Spain were comfortable playing on the smaller pitch with limited space, scoring some futsal-style goals.