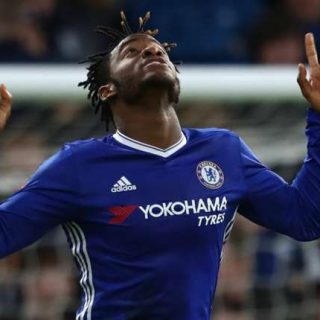 Chelsea revenged their F.A cup defeat against Arsenal as Chelsea thrashed Arsenal 3-0 in a Friendly match on Saturday, download the goals and match highlights below.

Chelsea earned some consolation for May’s FA Cup final defeat to Arsenal with a 3-0 friendly win over the Gunners in Beijing on Saturday.A terrific double from Michy Batshuayi followed a goal from Willian to secure the victory for Antonio Conte’s side in their second pre-season outing.


Arsenal manager Arsene Wenger insisted beforehand that a game against their London rivals “is never a friendly” but his side were punished for some slack defensive work by a ruthless Chelsea.

Willian and Batshuayi scored in quick succession in the first half, and the Belgian striker – undoubtedly with a point to prove following the club-record signing of Alvaro Morata – made it 3-0 with a sublime second-half strike, while Arsenal’s attack too often appeared laboured.

The result and performance will be welcomed by Conte ahead of Chelsea’s clash with Bayern Munich on Tuesday, while Wenger will have plenty to ponder as he prepares his side for the Emirates Cup tournament next weekend.

Chelsea spurned two clear chances in a lively start to the match, Victor Moses shooting straight at David Ospina from close range before Willian dragged a shot narrowly wide after racing clear into the penalty area.

Pedro was replaced by Jeremie Boga after a collision with Ospina on the edge of the Arsenal box and the game rather lost its pace in the aftermath, although Aaron Ramsey came close to connecting with a superb Mesut Ozil pass.

Willian and Moses brought more good saves out of Ospina and Batshuayi had the ball in the net from the resulting corner, but Arsenal were spared by the offside flag.

Ospina, though, was powerless to stop Willian from breaking the deadlock with his next effort. The Brazilian was allowed to drive towards the centre of the box and cut back onto his right foot before bending a fine low shot in off the right-hand post.


Just over a minute later, Conte’s side doubled their lead. Arsenal’s defence was again in disarray and Batshuayi took full advantage, bending a superb left-foot shot beyond Ospina and into the left-hand corner from 18 yards out.

Olivier Giroud was one of six changes made by Wenger at half-time – although his introduction was almost prevented by the match officials as he had not been included as a substitute on the team sheet – and the France striker almost reached a teasing Ramsey cross with the Gunners’ first attack of the half.

But Chelsea soon put the game out of sight with a quite brilliant third goal. Marcos Alonso skipped easily beyond Alex Oxlade-Chamberlain and cut the ball back to Batshuayi, who blasted an unstoppable first-time shot into the top corner from 20 yards out.