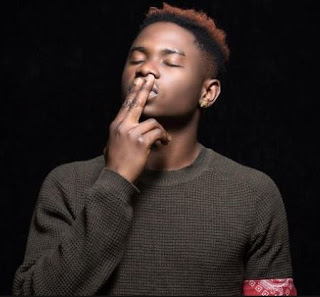 Keshinro Ololade, popularly known by his stage name Lil Kesh has announced his resignation from the music industry to focus on “business”.

This was revealed by the young artiste who raps in Yoruba language in a short video that is making rounds on social media.

“Okay…announcement….I quit music. I am a businessman now”

The 22-year old who grew up in the ghetto area of Bariga, Somolu in Lagos State failed to disclose further the motivating factor(s) of his stunning decision in the video. Lil Kesh’s line of business is also unknown as he didn’t give details.

Some social media users are alleging that Lil Kesh’s action is just a publicity stunt to draw media attention to himself after a poor run of recent events in his musical career.

He rose to fame after his chart-topping song titled “Shoki” rose to critical acclaim from music critics. He was signed to YBNL, the record label of popular Nigerian rapper, Olamide Adedeji popularly called Olamide Badoo.

Lil Kesh has made a fortune for himself in the highly competitive Nigerian music industry which is a strong force in Africa.

Download the short clip of Lil Kesh’s unexpected announcement below: