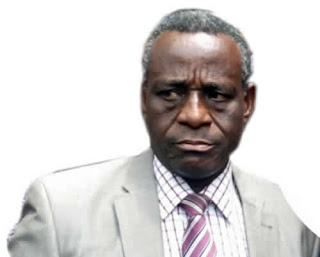 A former Vice Chancellor of the Obafemi Awolowo University, Anthony Elujoba, has been arrested and remanded in prison after his bail application was denied by the Federal High Court sitting in Ede, Osun State.

The former Vice Chancellor of the institution was remanded in Ilesha prisons after Justice David Oladimeji of the Federal High Court in Ede, Osun State, dismissed his bail application.

The ruling further pronounced that the university don should be held in prison till July 19 when the case will be brought for hearing.


The former Vice Chancellor of the institution was arrested on grounds of alleged corruption and abusive use of office.

The ex-VC along with the bursar of the university, Josephine Akeredolu are both faced with a seven count charge of alleged corruption and abuse of office to the tune of N1.4billion.

However, university staff have noted that Elujoba’s trial is more of a victimization effort and have since declared a two lecture-free-day in solidarity for the university don.