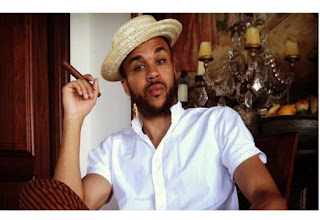 Nigerian-American recording artiste Jidenna who is currently in Kenya for the third edition of the FOMO party has surprised many with his knowledge of Kenyan music.

This comes as a surprise because most foreign artistes do not even manage to match the African artists to their countries but just generalize them as African artistes.


During a radio interview, the Bambi singer said, “the guy I really like right now is Willy Paul.

His sound is right, from a record, DJ Producer perspective, it depends but I’d say I also like Victoria Kimani, Sauti Sol, Everlast particularly their song Gudigudi.”

During his press conference, he also said, “If you see Willy Paul tell him I said wassup, I can’t seem to get his song out of my head.”

Although he didn’t mention the specific song, it is evident he is impressed by the Digiri singer’s works and gimmicks.

“I have always had profound interest in coming to Kenya having friends from all over Africa while I was growing up.


I had friends from Kenya, I know people are excited but I am actually more excited than they are.” The American star said.

He shall be giving a live performance tonight at The Carnivore.
21:23:00
street ajebo
gist