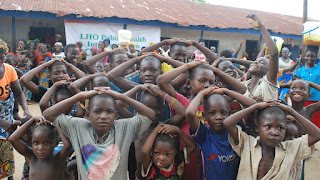 The Permanent Secretary, Federal Ministry of Education, Adamu Hussaini, has disclosed that Nigeria has the highest number of out-of-school children in the world.

Hussaini made the disclosure yesterday at the opening of the 62nd National Council on Education (NCE) in Kano.

He said it was worrisome that the situation had adversely affected efforts to meet the sustainable development goals on inclusive education for all.


According to him, this percentage represents 10.5million of the cumulative 20million out of school children in the world.

He explained: “Almajiri-children, those of the nomadic pastoralists, boy and girl-child drop out, social miscreants, children living with disability, those of migrant fisher men and more recently, children displaced by insurgency, constitute the bulk of the affected children.”

The permanent secretary lamented that investments in education is still low, despite the significant impact of both national and international intervention in the sector.

Hussaini stressed that the country’s inability to overwhelm the devastating challenges of unemployment and insecurity is due to the poor state of its education.

He further explained that the Federal Government had allocated two percent of the consolidated revenue fund to the Universal Basic Education Programme (UBEP).
He said some states and the Federal Capital Territory, Abuja are yet to access the 2015 education intervention fund.

He said the theme of the conference “Inclusive Education Creating Quality Learning Opportunities For All” was designed to remove the barriers that prevents pupils from participating fully in education.


The permanent secretary added that inclusive education rejects special schools or classrooms that separate students with disabilities from others, as well as discriminating against their social, civil and educational rights.

The Deputy Governor of Kano State, Prof. Hafizu Abubakar disclosed that the state has developed a draft policy document on education to provide an all-inclusive education.

A Special Adviser, Dr. Bakare Ado Hussaini represented the deputy governor, who is also the commissioner for education.

He said when fully operational, the policy would break children’s barrier in accessing quality education.

Permanent Secretaries in the Ministry of Education across the 36 states and the secretary for education in the FCT, head of educational agencies and institutions, as well as international development partners on education attended the meeting.
21:03:00
street ajebo
gist