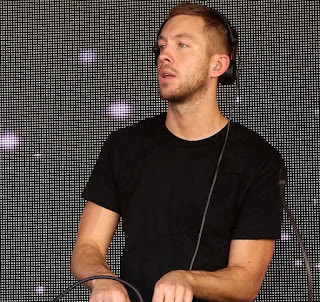 Calvin Harris was on Tuesday named the highest paid DJ for the fifth consecutive year.

The 33-year-old Scotish DJ who's also a record producer and a songwriter brought in $48.5 million between June 2016 and June 2017, outpacing fellow DJs Tiesto and newcomers The Chainsmokers.

Calvin earnings came from a combination of residencies in Las Vegas and festival performances as well as from producing pop hits such as his latest summer track, Feels with Katy Perry and Pharrell Williams.

The Chainsmokers earned $38million, bolstered by the chart-topping success of pop hits Closer with Halsey and Something Just Like This with Coldplay.

Several people have reacted to the list, pointing out a lack of diversity in the DJ field, whose 10 highest earners were male and mostly white, from the United States or Europe.

According to Forbes, the annual earnings list was collated from data gathered from Nielsen and touring trackers such as Pollstar and Bandsintown, as well as industry insiders and artists.
14:37:00
street ajebo
gist