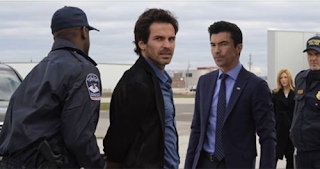 Download Salvation season 1 episode 4 called “The Human Strain” as per the CBS synopsis, “Darius must reveal one of his most closely guarded secrets to prove to Harris and Grace that he’s not a traitor.


Darius never gave up on his evacuation plans.

He was still building the ark and he was still looking for two hundred of the most “worthy” to help him rebuild the human race.

However, it wasn’t clear if he hacked NASA and destroyed Earth’s last chance at survival just to achieve his goal.

Darius disappeared not long after NASA failed to blow up the asteroid and he wasn’t returning any of Grace’s phone calls.

So Grace eventual showed Harris the text she received from Darius. Darius had said that “its not over and that he still had one more move”.

And so everyone was left wondering if that move had been treason!