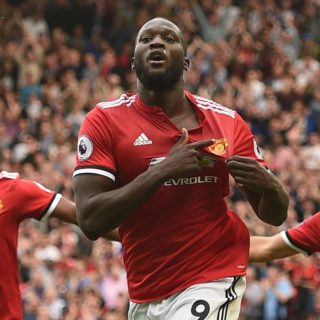 
Lukaku had netted in his first league appearances for both West Brom and Everton and he repeated that feat on Sunday, getting on the end of a Marcus Rashford pass to give the hosts a deserved lead in the 33rd minute.

Nemanja Matic also began to swiftly justify the fee paid by United to reunite the Serbian with his former Chelsea manager Jose Mourinho, impressing throughout at the base of midfield and completing a timely interception to trigger the counter-attack that ended in Lukaku’s first goal.

The Belgian centre-forward doubled his tally eight minutes into the second half, when he headed home a Henrikh Mkhitaryan free-kick.

Substitute Anthony Martial and midfielder Pogba added gloss to the scoreline by scoring late on, leaving Mourinho and the home faithful cheered by the sight of a dominant display to open the campaign as they seek to challenge for a first league title since 2012-13.


A sustained run of away fixtures to open the campaign for West Ham, a consequence of London Stadium temporarily reverting to its original purpose to host the IAAF World Championships, continues with a trip to Southampton next weekend, when United are also on the road at Swansea City.

Mourinho watched his team dominate possession but struggle to create clear-cut opportunities in the first half, with former Manchester City goalkeeper Joe Hart, making his first Premier League start for West Ham, required to deny Juan Mata in the 18th minute. The Spaniard still managed to cut the ball back to the six-yard box, where Angelo Ogbonna prevented Lukaku from getting a shot away.

The best chance yet arrived in the 27th minute when Pogba’s lofted pass forward released Mata into a dangerous position inside the area. The ex-Chelsea and Valencia man could have taken a shot at goal but opted instead to try and square for Lukaku, Ogbonna again completing a good clearance.