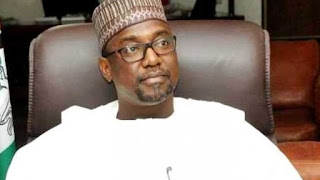 There are indications that parents of over 15,000 candidates who sat for this year’s West African Senior School Certificate Examination in Niger State may be planning a showdown with the state government over government’s failure to remit the students’ registration fees.

It was learnt that candidates in the state had paid their examination fees through their various schools following the decision by the state government to stop payment of exam fees for non-indigenes.

But rather than remit the money to the West African Examination Council, the government allegedly diverted the money to offset part of its debt to WAEC so as to enable the indigenes to sit for the examination.


It was gathered from a WAEC official that the state government owed the examination body N734m and that its refusal to remit the money nearly cost the candidates their chances of writing the June/July WASSCE.

The official, who spoke on condition of anonymity, said, “The government decided to use the N209,250,000 paid by the 15,000 non-indigene candidates as part-payment for the entire 49,300 candidates from the state with the promise to pay off the balance before the release of the results.”

WAEC, it was gathered, withheld the results of the students to compel the state government to pay for the 2015 and 2016 examinations.

It was also gathered that the candidates, who had been waiting for their results to enable them to process their admission into higher institutions, were disappointed because they could not access their results.
21:09:00
street ajebo
gist