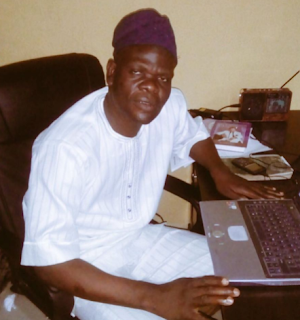 The Oyo state police command have arraigned a popular Ibadan based radio presenter Oriyomi Hamzat and four others before Magistrate A. A. Adebisi of the Oyo State Magistrate court in Ibadan for allegedly murdering a 17-year old boy.


The prosecutor, Sunday Fatola, told the court that Hamzat and the other defendants allegedly inflicted injury on the head and body of a 17 year old boy named Peter at Make a Future Alive initiative, Oremiji Agugu in the Ibadan Magisterial District on July 21st.

‎The dead body of the boy was allegedly found in the car of the presenter. The prosecutor argued that the offence is contrary to and punishable under Section 324 and Sections 316 and 319 of the Criminal Code Cap 38 Vol 11 laws of Oyo State of Nigeria 2000.

After taking the pleas of the accused persons, Magistrate A.A. Adebisi ordered that they be remanded in Agodi Prison pending the legal advice from the state Director of Public Prosecution (DPP). He adjourned the case till September 5th.
22:18:00
street ajebo
gist