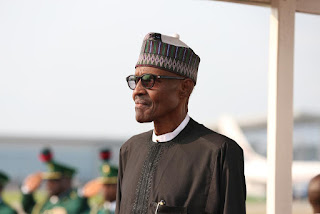 President Muhammadu Buhari’s spokesman, Femi Adesina, has admitted that his boss could still leave the country for medical check-ups.

Femi Adesina, speaking on Sunrise Daily on Channels TV Monday morning, however called on Nigerians to pray that Buhari remains hale and hearty.


“What Nigerians should hope for is that our president will remain whole. But if there is any reason to go out why not, you need to first stay alive before you can lead a country so whatever it takes for our president to remain healthy should be done but we want to hope and believe that the worst is over,” he said.

The President who had been in the UK for 104 days before returning on Saturday, addressed the nation on Monday and Adesina confirmed he is ready to resume office, as he will notify the National Assembly in writing.

“Later this morning, that letter will be transmitted and which is what signifies his coming back into office – It will be done today.

“They don’t have to read it or debate it, No. What the Constitution requires is for him to send it. Once it is sent he assumes office,” Adesina added.
21:00:00
street ajebo
gist