PROF. SULYMAN ABDULKAREEM IS THE NEW VICE CHANCELLOR OF UNILORIN 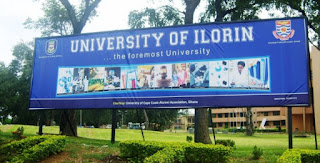 The pro-chancellor and chairman of the governing council of university of Ilorin, Abdullahi Oyekan, has while briefing journalists today announced Prof. Sulyman Abdulkareem as the new vice chancellor of the institution.

He explained that in line with the university act and provisions of the university’s miscellaneous act 2003, interested candidates had six weeks to submit their applications, after submission the council would meet and constitute a search team for the appointment of the vice chancellor.