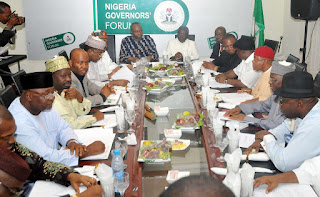 We have put together a list of the top 5 most controversial Governors in Nigeria. Their outspoken nature and behavior has no doubt made them even more popular.

See the list of top 5 controversial Governors in Nigeria.


Our number will obviously not come as a surprise to you.

accused of running ‘opaque’ contract award systems in the state favouring cronies.
in the news for ‘doctoring’ APC convention delegate list.
back and forth feud with Senator Shehu Sani.
Ordered the arrest and detention, amidst public outcry against it, of Music label boss, Audu Maikori, for inciting violence.
Described by TWO former Nigerian presidents; OBJ and GEJ as a liar, with the latter calling him an ‘incurable liar’.
highly publicized fallout with popular pentecostal pastor Apostle Johnson Suleiman.

- mass sacking of LG council chairmen and Councillors upon resumption of office as governor.
- said to involve his mother in virtually all political matters in the state.
- in the news for mudslinging attacks with former aviation minister, Femi Fani (Olu) Kayode [FFK], with e former minister directly labeling him a ‘ritualist’.
- (debunked) sensational story that made the rounds that the governor was ‘slapped by a ghost’ causing mental disturbances.
- at variance with former governor, Ikedi Ohakim, with the latter accusing him of perpetrating the ‘culture of impunity and disobedience of court orders in the state’.
- well documented war of words with his Anambra state governor, Willi Obiano, describing his Anambra counterpart as a ‘clueless irresponsible person that should have done better in life as a militant’

- public outcry over the dissolution of Rivers State EXCOS in June, 2017.
- alleged to be the voice behind a chilling leaked audio tape, which includes bribery and threat to kill INEC officials over Legislative elections in the state.
- highly publicized running feud with Minister of Transport and former governor, Rotimi Amaechi.
- Accused by the APC Rivers State chapter of running the state without budgetary provisions, granting amnesty to ‘cultists’ to continue their ‘nefarious activities’ and ‘enslaving’ the deputy government by making her serve as his wife’s personal assistant.
- allegations of owing civil servants and pensioners in the state for months while traveling out to watch European football matches with cronies.

-‘Fayose is usually busy ‘riding Okada, cutting ‘ponmo’ or insulting the Federal government’. – Olusegun Obasanjo.
– One of the fiercest opponents of President Muhammadu Buhari, and at various times describing the president as ‘brain dead’, etc.
– usually accused of playing to the gallery to garner mass support for his unusual style of governance.
– at various times labelled ‘an unchained dog’ or ‘mad man’ by various personalities like Aisha Buhari and recently Adams Oshiomhole.
– his ‘unique’ choice of clothing at various times in presenting the budget to Ekiti state house of assembly, generating ripples and concerns over flagrant disregard for decorum.
– allegations of vote rigging in the 2014 gubernatorial elections in Eki State.
– A recent picture with comedienne Helen Paul making the rounds on social media, has prompted many to call them ‘professional colleagues’ as bonafide humour merchants.
21:23:00
street ajebo
gist