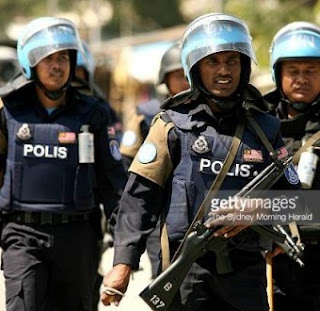 A 27-year-old Nigerian woman was fined RM1,500 in default of two months’ jail by the magistrate’s court in Kualar Lumpur for offering s@x services to a policeman.

The woman identified as Aitimon Ruth Efe pleaded guilty when the charge was read to her before magistrate Mahyuddin Mohamed Som on Tuesday, September 12.

The mother of one was charged with soliciting for the purpose of prostitution by saying “Hey, brother… want s@x with me? RM200” to corporal Mohamad Musa Mohamad Kadam in Bukit Bintang on Sept 6.


The offence falls under Section 377B of the Penal Code, which carries maximum one years’ jail, or a fine, or both, upon conviction.

Deputy public prosecutor Nur Farah Adilah Noordin urged that an apt punishment be handed down to the accused.

However, Aitimon’s lawyer, Norizan Yaacob, pleaded for a lenient sentence, saying this was her client’s first offence.
09:53:00
StreetajeboStaff
gist