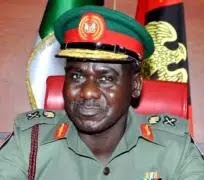 THE Amnesty International, AI, has said that it is investigating the clash between the Nigerian Army and members of the Indigenous People of Biafra, IPOB, in Umuahia, Abia state, from last week’s Sunday.

The organization, in a statement, signed by Osai Ojigho, its director in Nigeria, said it is deeply concerned with the reports of cases of violence and illegal loss of lives following the clashes, cautioning the Nigerian army on the use of force on what it called armless civilians.


Amnesty International said in November 2016, it “published details of an investigation discovering mass extrajudicial executions and other serious violations” by the Nigerian security forces during peaceful demonstrations by Biafran activists and other gatherings.

It said IPOB emerged in 2012 and campaigned for an Independent Biafran state almost 50 years ago and continuing, with an attempt to establish a Biafran state that, however, led to a civil war from 1967 to 1970.

It therefore said, with the recent reports of rights abuses in Abia, it is calling for the prioritization of the protection of the lives of the people by the Nigerian government.


It also said the Nigerian authorities should rein in on the security forces and ensure accountability after reports of violence.

We are deeply concerned by reports of violence and alleged loss of lives across Nigeria following clashes between the Nigerian military and supporters of Indigenous People of Biafra, IPOB, in Umuahia, Abia state.

“We are calling on the authorities to ensure the security forces prioritize the protection of people and avoid excessive force.

We are investigating all allegations of human rights violations and urge the authorities to investigate and quickly bring those suspected of unlawful killings and other serious violations to justice,” Ojigho said.