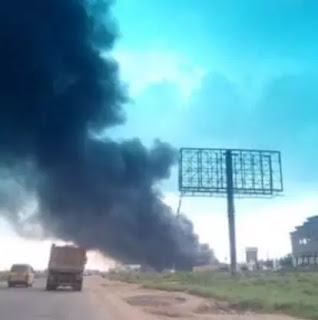 The security situation in Abia State worsened on Thursday morning following an attack on Ariaria Police Station in Aba.


The state government had extended the curfew to Friday from Thursday following clashes between soldiers and members of the Indigenous People of Biafra, IPOB.

Tension has been high in Abia since soldiers massed in Aba and Umuahia, the state capital, on Sunday, purportedly in a bid to apprehend separatist leader Nnamdi Kanu, a Prince of Umuahia whose IPOB is spearheading the campaign to restore the shortlived Republic of Biara.

The Nigerian Army has denied that the troops are in Umuahia to apprehend Kanu but the denial has not helped to douse he tension.
16:38:00
StreetajeboStaff
gist