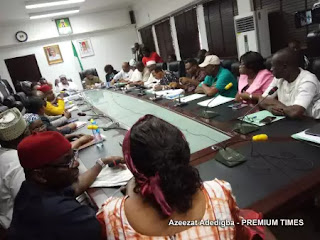 ASUU said it was suspending the strike till October for government to fulfill its pledges.


The suspension of the strike was announced on Monday evening after a meeting with the government delegation.

At the meeting, a memorandum of understanding was signed with the federal government delegation led by the Minister of Labour, Chris Ngige.

Mr. Ngige had earlier said both parties produced “collective agreement of action” after the meeting.

ASUU embarked on an indefinite strike on August 13, following government’s failure to implement the agreement reached with the union in November 2016.
08:39:00
StreetajeboStaff
gist