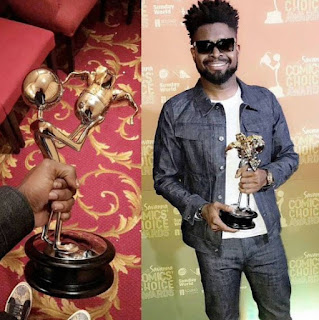 
Basketmouth beat other talented African comedians like Carl Joshua Ncube from Zimbabwe, Salvador from Uganda, Fernando from Angola and Masapo from Lesotho to smile home with the prize.