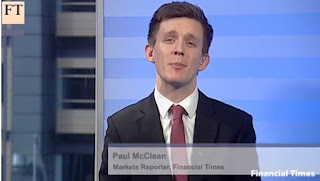 Sri Lankan police on Friday said they found the body of a 24-year-old British journalist, Paul McClean, who is suspected to have been killed by a crocodile during a beach holiday in Sri Lanka.

Divers found McClean’s corpse in the mud of a lagoon in the coastal village of Panama, 360 kilometres (225 miles) east of the capital Colombo by road, a police spokesman said.


“There were six or seven wounds on his right leg,” a police official. “The body was stuck in mud at about the same place where he was seen last by some others who were with him.”

A crocodile is believed to have dragged McClean away on Thursday afternoon, the officer said, but a post-mortem examination later Friday would formally establish the cause of death.

McClean, who worked for the Financial Times, was holidaying in Sri Lanka with friends.

He was on a beach and had wandered away to find a toilet then was his hands when he stumbled into an area known to be infested with crocodiles.

Other holidaymakers in the area alerted police after McClean disappeared and a search was mounted with the help of navy divers.

McClean, joined the Financial Times two years ago as a graduate trainee, has died during a beach holiday in Sri Lanka.


"McClean’s body has been identified by friends with whom he was travelling and officials who have spoken to them said he is believed to have been attacked by a crocodile," writes FT.

"The final cause of death has yet to be established. We are liaising closely with his family and the Foreign and Commonwealth Office and offering the FT's assistance,” said James Lamont, the FT’s managing editHe.

“Our thoughts are with his family, friends and loved ones. We are in touch with them, doing all we can to help during this difficult time.”
11:39:00
StreetajeboStaff
gist