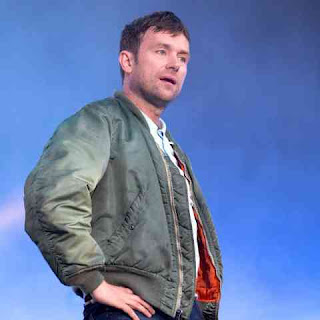 Gorillaz star Damon Albarn fears the world is headed for apocalypse thanks to the current state of politics.

The British musician admits he can't stop fretting about the future after citizens in his native UK voted in favour of Brexit last year (16), with plans for the country to be fully independent from the European Union in 2019.


"I woke up in the morning, and we'd left Europe," Damon tells the New York Daily News. "I default to the apocalypse. And I suppose I have this deep, English melancholy."

The 49-year-old is also losing sleep over current U.S. President Donald Trump, who Americans elected into office in 2016.

"It was a weird year last year," Albarn explains. "It was like some sort of deep fear we had was manifest as a boil that was ready to explode. (Xenophobia and racism is) the debris of that explosion."

However, the Feel Good Inc. hitmaker is doing his part to make the world a better place by creating multicultural art.

Damon has teamed up with the Syrian National Orchestra on performance collaborations in a bid to help the war-torn country and refugees from the region who are suffering.

“They're great musicians and they're not trying to get here to take your money or your land,” he says of the Syrian orchestra members he worked with.


“They're just genuinely f**ked and they need help, but they have a lot to offer."

In another bid to build cultural bridges through art, Damon is also learning the West African language of Bambara so he can speak the tongue in a forthcoming theatrical adaptation of Sundiata Keita, an epic poem from the ancient Mali Empire.

"I love being lost in the world of creation," Albarn smiles. "I'm addicted to that. Just constantly searching for that rarefied emotion that music and good communication gives us."
09:38:00
StreetajeboStaff
gist