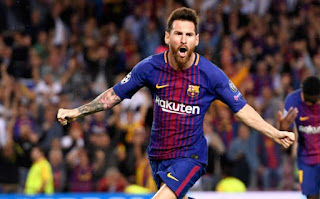 FC Barcelona disgraced Juventus 3-0 in the Group D opening clash at the Nou Camp in Spain on Tuesday night.


Lionel Messi netted a brilliant brace as Barcelona helped themselves to a dose of Champions League revenge with a dominant 3-0 Group D win over Juventus.

The Serie A champions beat Barca by the same scoreline in the quarter-finals last season before holding out for a second-leg stalemate at Camp Nou.