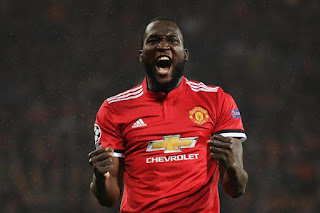 Jose Mourinho's led Manchester United made a fantastic winning return to the Champions League as they ran out comfortable 3-0 against Basel at Old Trafford, however, their night was marred by injury to Paul Pogba.

The French midfielder, who was named as captain for the first time in his United career, was forced off inside 20 minutes with Marouane Fellaini coming on in his place.


Despite the concern over his club-record signing, Jose Mourinho’s side were in firm control with or without the 24-year-old, and it was his replacement who opened the scoring.

After Henrikh Mkhitaryan had missed golden chances in a dominant first half from last season’s Europa League winners, Ashley Young – wearing the captain’s armband in Pogba’s place – whipped in a wonderful ball for Fellaini to head home.

Into the second half and it was a similar scenario which doubled United’s lead as Daley Blind’s inviting cross was met by summer signing Romelu Lukaku, who headed home to score his sixth goal in as many games.

Marcus Rashford, another off the bench, rounded off a near perfect return to Europe’s blue riband competition when he met Fellaini’s cross with just under ten minutes to go. His own debut goal in the competition.

Having bagged their first Champions League win since a 1-0 victory over CSKA Moscow in 2015, when Wayne Rooney was the only goalscorer, United will be full of confidence going into their Premier League meeting with their all-time top scorer and his Everton teammates on Sunday.