Home » gist » EEDRIS ABDULKAREEM - DAVIDO IS GOING TO REGRET HAVING BABYMAMAS WHEN HE GROWS UP.

EEDRIS ABDULKAREEM - DAVIDO IS GOING TO REGRET HAVING BABYMAMAS WHEN HE GROWS UP. 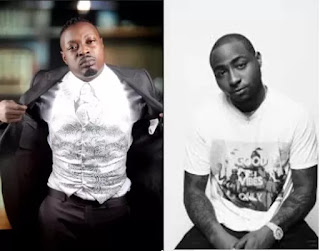 While praising Nigerian artistes who are making Africa proud globally, the 'Jaga Jaga' rapper rendered an advice to Davido and his other colleagues with several babymamas.


He told LIB in an exclusive interview: 'Davido and other artistes are riding on International platforms and making Africa proud. But my advice to him and others artistes is that don't go to America and come back to show us cocaine in your videos which makes no sense.

'Another thing is having several babymamas because they will all regret it when they grow up.'

'Don't let you kids kill themselves because of jealousy,' he added.

Eedris Abdulkareem who has been married for over 13 years, has four children with his wife Sekinat Abdulkareem.
08:49:00
StreetajeboStaff
gist