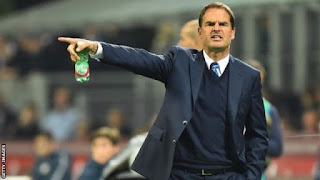 Frank de Boer has been sacked as Crystal Palace manager after five games and 77 days in charge.

The Eagles are 19th in the Premier League after losing 1-0 at Burnley on Sunday – and failed to score in their four league matches under De Boer.