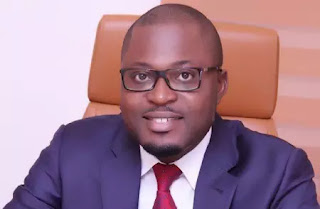 The chairman and founder of Nigerian Young Professionals Forum, NYPF, Mr Moses Siloko Siasia on Tuesday said that the United Nations is interested in the Nigerian Military’s Operation Python Dance II in the southeast.
Siasia revealed this via his twitter account.

He claimed to have received a call from the United Nations office in New York on the Nigeria’s military action.

The former governorship candidate in Bayelsa state was however silent on who called him and what the caller talked about.


As at the time of publishing this report, Siasia’s tweet had over 240 retweets and 90 likes.

Siasia, chairman of Mosilo Group, a wholly indigenous company, is also the younger brother of Samson Siasia, the former Nigerian international footballer and ex-coach of the Super Eagles.

The southeast geopolitical zone is currently under siege by the Nigerian military, due to the activities of the Indigenous Peoples of Biafra (IPOB).

Meanwhile, the Biafra National Guard (BNG) has declared war against the Nigerian Army.


It said the launch of Operation Python Dance II to be carried out in the South-east was targeted at Nnamdi Kanu and other agitators.

A statement Wednesday morning by ‘Major Nkuma’, said BNG knows the operation “is a show of force and genocide intention which has already started”.

It, however, said the Army should be prepared for BNG warning that its the leadership of General Innocent Orji was ready for war.
11:04:00
StreetajeboStaff
gist