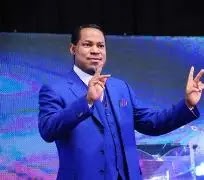 I am here to correct an error made by one Pastor Suleman Johnson.

I watched one of the videos where he spoke on divorce. He actually encouraged divorce and I cried in my heart.


I was so shocked when I watched the video. The most annoying part of it is the fact that he used the law court to support his teaching.

What has the Bible got to say concerning divorce? The first thing I would like you to know about marriage is that marriage is a covenant, a covenant between a man and his wife, and God confirms it.

What I have just said now, can it be found in the Bible? Yes! In the book of Malachi 2:14, the Bible says that marriage is a covenant between you and the wife of your youth.

And the Bible also says in that verse that the God is a witness in the covenant.

In other words, when a man gets married, he has entered into a covenant with his wife and in that covenant, God is a witness. God confirms the covenant.


The next question is: Can a lie before a marriage dissolve the marriage covenant? The answer is no. The moment a person enters into a covenant, nothing can dissolve it.

A covenant simply means an agreement. Once you enter into an agreement with someone and another person signs as a witness, then nothing can dissolve that covenant. So what I have just said, can it be found in the Bible? Yes!

In the book of Galatians 3:15, the Bible says, though it be but a man’s covenant yet if it be entered into and is confirmed, it can no longer be disannulled.

The moment you enter into a covenant, it can no longer be dissolved. That is the simple truth.


The next question I would like to answer is this: is there any one that was deceived into marriage in the Bible? Let’s find out if someone like that exists and let’s find out whether the marriage was dissolved after the deceit or the marriage stayed.

Somebody like that exists and his name was Jacob. Jacob was deceived into marrying Leah. He didn’t want to marry Leah.

He hated Leah. He loved Rachael. He thought he was getting married to Rachael. He did not know it was Leah because Leah’s face was covered.

In the morning, he realized it was Leah he got married to and there was nothing he could do about it because he was already married.

He had already entered into the covenant, so he couldn’t do anything about it and the marriage stayed. It is very clear.
11:10:00
StreetajeboStaff
gist