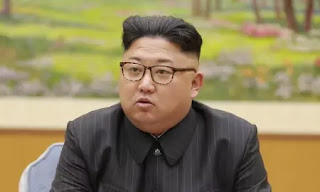 An executive order allowing Washington to ramp up fresh sanctions against North Korea has been signed by US President, Donald Trump, with the latest measure banning foreign banks and businesses doing any trade with Pyongyang.

While announcing the executive order which is aimed at curbing North Korea’s nuclear missile programme, Trump said the measure would allow sanctions against “individuals and companies that finance and facilitate trade” with Pyongyang.

“Our executive order will cut off sources of revenue that fund North Korea’s efforts to develop the deadliest weapons known to humankind,” he added.


Meanwhile, North Korea says it may test a hydrogen bomb over the Pacific Ocean moments after Trump threatened to destroy the country, with Kim replying saying the US President will regret his threats.

Two days ago, Antonio Guterres, the UN Secretary-General warned world leaders to take the threat of ‘nuclear peril’ seriously even as he discouraged ‘fiery talk’ on North Korea.

“We must not sleepwalk our way into war,” said Guterres at the annual summit of the United Nations General Assembly (UNGA) in New York.


“When tensions rise, so does the chance of miscalculation. Fiery talk can lead to fatal misunderstandings,” he said in his first state-of-the-world report since taking the top job at the UN on January 1.

“The solution must be political. This is a time for statesmanship.”

His message on “fiery” rhetoric was implicitly directed at North Korean Kim, but also at the United States and President Trump, who later warned of “totally destroying North Korea” if it does not back down.
14:09:00
StreetajeboStaff
gist