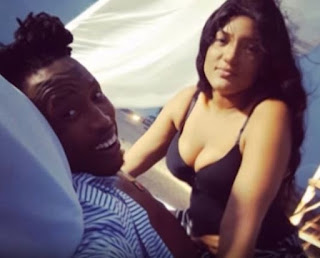 For a while, Nigerian singer, Mr 2kay and former Big Brother Naija housemate, Gifty have been calling each other out on social media.

And now, Mr 2kay has spilled more interesting details about their failed relationship.

In a new interview with HipTV, the Belema singer said, 'It was from my house to Big Brother, she came back from Big Brother back to my house'.


Then he continued to say, 'getting to where she is today, I supported her, all glory to God. Even when I got her in my video it was to support her, to see that she grows from where she was to another level’.

I did all that for her to support her. Few days ago when someone needed her for something I gave her number but if she was in my position she would not give my number out’.

Watch the video below