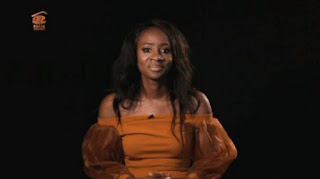 Although Anto was recently evicted from the Big Brother Naija 2018 show but she stands a second chance if voted in by Nigerians as the organisers had announced that two persons among the evicted housemates could be brought back into the house this coming Sunday.

Below are 7 things you need to know about her:

3. She is from Etsako Edo state, though born and raised in the United States.


4. She has 2 masters degrees both from the University of Central Florida.

5.She is the Head of Operations, Continental Basketball League.

6. Her hobbies are dancing and cooking.

7. According to her, she has no special talent and she gets irritated by laziness.