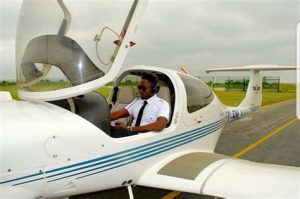 Big Brother Naija 2018 Housemate, Miracle beat other fellow housemates when he emerged the first to knock down all the bottles using the tennis ball in the stockings provided to become Head of House for the 2nd time this season 3.

Miracle Ikechukwu has emerged the new head of House on the ongoing Big Brother Naija 2018 ‘Double Wahala’, winning the title for the second time.

He chose his love interest Nina to share the luxury room with as they usually did.


‘Biggie’ had cancelled automatic immunity and “save and replace’ powers for the Head of House two weeks ago.

The powers attached to the title this week will be announced after the nominations on Monday.

Miracle takes over from Nina who led the house last week and led her to victory, as they won their wager.


In his first reign, the housemates won the wager, making him the first Head of House to attain the victory.

On Sunday, Miracle scaled through eviction, gaining the highest vote percentage of 27.98 percent against Teddy A, Alex, CeeC, Tobi, Lolu, BamBam and Anto.

In this season, tagged ‘Double Wahala’, housemates are competing for prizes worth N45 million