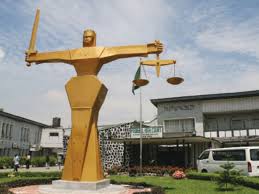 His victim, a supervisor at NIPCO Filling Station, Apapa, Lagos State, Waheed Faleti, was also given three months’ community service by the court in a judgment delivered by Chief Magistrate K.B. Ayeye on Tuesday.


The money was said to be the proceeds of sales made at the filling station which Gasali collected for spiritual prayers.  PUNCH Metro learnt that the duo were neighbours at Owode, in the Idiroko area of Ogun State.

It was learnt that Gasali moved to the community in 2016 from the Agbado area of the state after he allegedly defrauded another man. Shortly after he relocated to Owode, he reportedly struck a relationship with Faleti’s wife. In his interactions with the woman, he was said to have revealed some challenges facing the family which the wife confirmed to be true. He also reportedly told the woman that Faleti, who had been the supervisor of the filling station for years, was not promoted due to a spiritual misfortune and promised to neutralise the purported spell.

Faleti had come home from work to spend the weekend when the wife informed him about her discussions with Gasali.  Our correspondent learnt that Faleti fell for Gasali’s tricks and started giving him money for spiritual assistance.

A police source said matters came to a head on November 7, 2016, when Gasali told Faleti that he (Faleti) needed a special prayer to curry favour with his boss and get promoted.  The source said, “He called Faleti on the telephone that day and told him to bring all the money they had made from sales. He said he would do a special prayer on the money and that he (Faleti) would be promoted to the post of the manager as soon as he remitted the money to his boss.

“Faleti told him N4.2m was with him and he asked him to bring the money to a hotel around Apapa. They prayed together at the hotel room. When it was midnight, he gave the supervisor a fetish item and asked him to deposit it some distance away from the hotel. He threatened him that he would run mad if he looked back and told him not to return until he called him on the telephone. Meanwhile, Alfa had packed his belongings from his apartment in Owode to the hotel. He fled from the hotel before Faleti returned. That was when it dawned on him that he had been defrauded.”


Another source said the station manager, Kayode Soetan, petitioned the Zone 2 Police Command, Onikan, on the case through a lawyer and a manhunt was launched for Gasali.  He was said to have been tracked down in his country house in Ikirun, Osun State, where he had reportedly used the money to build a bungalow.  He was reportedly preparing for the wedding of his daughter when the operatives picked him up in May 2017 and brought him to Lagos.

Both Gasali and Faleti were arraigned on three counts bordering on fraud and stealing before the Tinubu Magistrate’s Court.  The police prosecutor, Inspector Nurudeen Thomas, told the court that the charges to which the accused pleaded not guilty were punishable under sections 314(1), 328 and 411 of the Criminal Law of Lagos State, 2015, The charges read in part, “That you, Taiye Gasali, Waheed Faleti, and others at large on November 7, 2016 in the Lagos Magisterial District, did conspire to commit felony, to wit: stealing and receiving stolen property.  “That you, Waheed Faleti, and others now at large, on the same date, time and place, in the aforementioned magisterial district, did steal the sum of N4.2m property of NIPCO Filling Station, Apapa, Lagos.  “That you, Taiye Gasali, and others at large, did dishonestly receive the sum of N4.2m from Waheed Faleti,  having reason to believe the same to be stolen property, thereby committing an offence punishable under Section 328 of the Criminal Law of Lagos State of Nigeria, 2015.”

After about seven adjournments, the court, presided over by Chief Magistrate Ayeye, on Tuesday found Gasali guilty of counts one and three and sentenced him to three years’ imprisonment on each count. Ayeye pronounced Faleti guilty of the second count and handed down three months’ community service to him. The magistrate, however, ruled that Gasali should be set free from the prison if he was able to refund the money.
11:23:00
street ajebo
gist