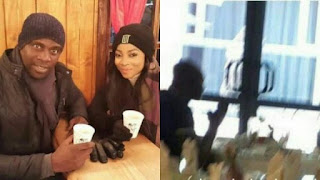 Radio Diva and Writer, Toke Makinwa was spotted with her ex husband Maje whom she accused of donating STDs to her having a little launch at Wheat Baker Hotel In Ikoyi few days ago, March 14.

Same day she posted a photo as WCW Wearing the same outfit, According to the person who spotted them they had a very intimate conversation, and left together. 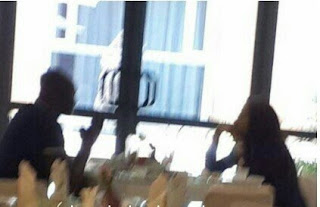 Toke Makinwa and Maje Ayida had a court battle some few months, aftermaths of her released tell it all book 'On Becoming'.

With the way Toke Makinwa labeled him in her book 'On becoming' one would think she would spit at the mention of his name, talk more of seeing him.