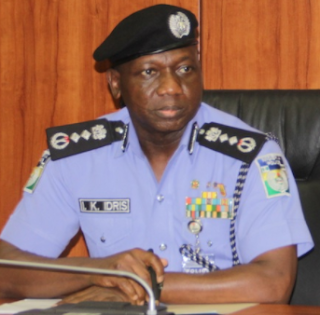 The under-fire Inspector General of Police, Ibrahim Idris, has ordered the immediate withdrawal of all police officers attached to political office holders, VIPs and prominent individuals in the country.

The police chief gave the order when he spoke at the monthly meeting with Commissioners of Police and other top police officers in Abuja today March 19th. According to Idris, the move is aimed at enhancing effective and efficient policing of the country.

“A Task Force has been constituted at the Force headquarters under the Command of ACP Mohammed Adamu Dan Kwara to ensure compliance to this directive while the Command CPs are to replicate same at their various commands.


However, business entreprenuers, multi-national organizations, corporate individuals and entities that require such services and are found to be worthy will be considered from the Special Protection Unit of the Nigerian Police Force on application for re-validation through states commissioners of police where they are resident or domiciled.


On the proliferation of Police Spy Plate Numbers and its abuse as well as illegal use of siren, the IGP said

“I have equally observed the excessive abuse of Spy Plate Numbers, covering of plate Numbers and illegal use of siren.  The police spy plate numbers exclusively approved for use by banks, security companies and multi-national companies is greatly abused.

A situation where criminals now take advantage of this to perpetrate heinous crimes. Some individuals have formed the habit of covering their vehicle plate numbers and also illegally use siren. This practice should stop forthwith.

I have therefore directed that holders of all police spy number plates are to return them to the Force Transport Officer (FTO) at Force headquarters, where they are expected to apply for re-validation. The Task Force under ACP Dan Kwara will ensure compliance to this directive and arrest violators.

A similar Task Force is to be formed at all the command levels by states commissioners of police to ensure compliance with this directives and the list of the task force team be forwarded to the DIG operations latest 31st March 2018''.
18:09:00
street ajebo
gist